Andy Smarick turned in a sharp post yesterday making the case for why states can and should take action to improve teacher prep. He puts his finger on something that's often obscured: unlike other key areas of edu-policy, state governments have a lot of leeway to regulate the programs that train tomorrow's teachers.

Unfortunately, figuring out just which official or agency in state government is actually given this leeway is not always easy, and varies quite a bit from state to state.

Here's a map we put together for this year's State Teacher Policy Yearbook on this question: 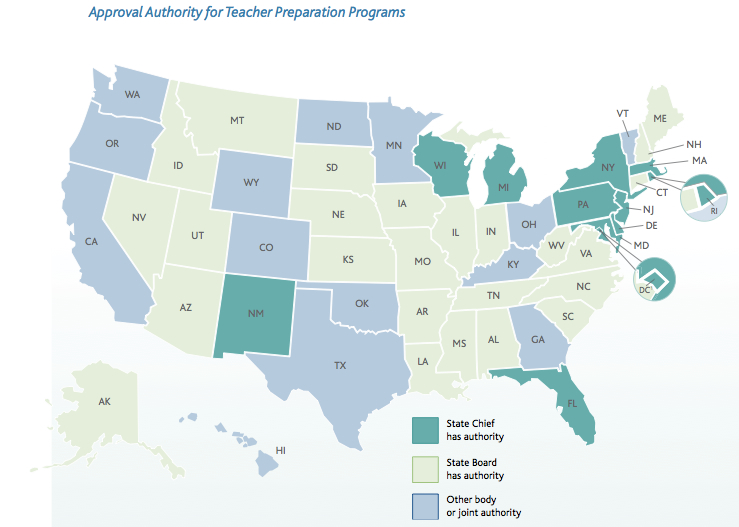 The buck generally does stop somewhere, though: in 39 states, the governor appoints the officials or board members who establish and enforce regulations on teacher preparation.