Tenure, a hotly debated education policy lever, is often viewed as a component of a teacher's overall compensation package, meaning that teachers might accept lower salaries in exchange for the greater job security tenure has to offer.

Finding that the number of teachers who resigned did increase slightly after tenure was eliminated, the attrition was more likely to occur in the weaker schools. Essentially, where accountability pressures are high, the lack of job security that tenure implies appears to cause more teachers to leave. Attrition rates were higher among teachers who lost protections (those with at least the four years of teaching previously required to earn tenure in Louisiana) compared to those that never had tenure as well as among teachers who were eligible to retire versus those who were not.

When examining the analysis of which students were affected by this policy change, the study found there were no differential rates of teacher attrition in the least or most disadvantaged schools when taking into account the proportion of students of color, student proficiency rates, or student growth. In fact, they found suggestive evidence (significant in one of the two years examined) that teachers in schools with the most low-income students were less likely to exit as a result of the removal of tenure, explained perhaps by the fact that such schools have larger numbers of newer teachers who would not have qualified yet for tenure had it existed.

However, teachers in F-rated schools were approximately two percentage points more likely to exit the workforce compared to teachers in A-rated schools (a statistically significant finding), demonstrating that without any type of additional incentive or compensation teacher attrition will certainly increase in already challenging schools.

When states or districts consider policy changes to increase teacher quality, this study appears to suggest that Louisiana should have coupled its new tenure-free policy with a set of policies that would have rewarded and incentivized demonstrated effectiveness or retention. These incentives would be particularly useful for staffing harder-to-staff schools, offsetting more difficult working conditions or increasing the overall compensation package. In effect, there are various ways to achieve teacher recruitment and retention outside of tenure and survey evidence suggests that teachers are ready to make this trade. 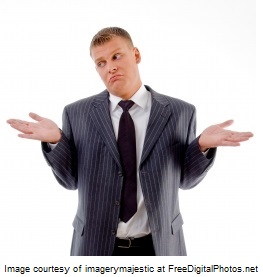