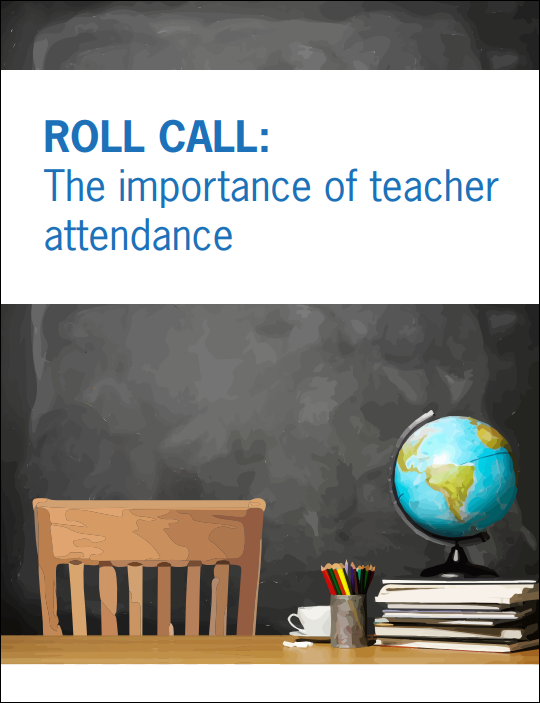 This report breaks down teacher attendance for 40 districts in the nation's largest cities in the 2012-2013 school year. We identify districts with the greatest percentage of teachers with excellent attendance as well as those with the biggest percentages of chronically absent teachers. In addition to identifying districts that are leaders and laggards in school attendance, the report takes a look at the impact of school poverty levels on teacher attendance and whether or not policies to curb absences made a difference.