Those among us who invested a lot of time and energy to fix the staffing problems in the nation's urban schools might feel a tad sheepish in the wake of a study of California's schools. In groundbreaking work, we are dispelled of the long-held notion that urban and rural schools share roughly comparable challenges when it comes to their ability to recruit and retain teachers.

At least in California (though there's no reason to think that the state is somehow unique), rural districts post 12  more vacancies for every 100 teachers than their urban counterparts. They also end up having to hire twice as many emergency certified teachers in their classrooms. And, in fact, urban schools look way more like the relatively stable suburban schools than most of us might have guessed, reporting only two more vacancies per 100 teachers than the nearby suburbs.

While both rural and urban schools have a more difficult time attracting teachers to their poorer schools, rural areas have higher poverty rates, as well as higher persistent child poverty. The Economic Research Services of the U.S. Department of Agriculture estimates that 524 out of the 664 counties suffering from extreme poverty in the nation are rural.

These high poverty rates explain only so much about the challenges rural schools face. Rural schools are more likely to be on or near a state border, cut off from many qualified teachers who, while living quite nearby, remain out of reach for the absence of valid licenses and lack of portability of their pension plans. So too are many rural schools located far from the nearest teacher prep program, depriving them of schools' most reliable source of new teachers as programs are reluctant to place student teachers too far from campus.

Still, these three factors—higher poverty rates, closer proximity to a state border, and less access to student teachers—do not come close to explaining the severity of rural schools' shortages. The "Starbucks" theory, with some research to substantiate it, is as good an explanation as any, meaning that the farther a school is from the nearest Starbucks, the more trouble it will have recruiting new teachers—a convenient metaphor for the lack of modern conveniences (many more significant than coffee).

While rural teacher salaries are quite a bit lower than urban salaries, these salaries appear generally commensurate with the cost of living and are not a worse financial deal for teachers. For example, rural schools in Kelseyville, California, pay 16% less than schools in San Francisco, but the cost of living is 36% lower, with similar figures reported elsewhere. Where salaries do fall short is that they likely need to be more than just comparable in order to convince teachers to give up urban conveniences.

All of this is to say that when we claim to tackle educational inequities, we cannot overlook the schools educating 20% of American students. To attract teachers to rural areas we either have to come up with a significant and steady infusion of cash—or life in rural America needs to become a more attractive proposition.

Could it be that Covid has done just that? The world today is substantially different than it was two years ago. Covid led to (or at least accelerated) significant major outward migration from some major metropolitan areas, notably San Francisco, Seattle, and New York, a signal that the commitment to cities is not unwavering when other options are available. This migration pattern may reverse itself, as was the case after the 1918 flu pandemic—but my wager is that it will not.

I'd argue that no previous event, no matter how similar, provides an apt comparison, because technology has changed everything, making it possible for the first time for workers to do their jobs from anywhere. But why, I expect you're asking, would the ability to work remotely benefit rural schools, since teaching is not one of those jobs? Most teachers are married (or with a partner) and, presumably, most are part of a two-income earning family with one earner potentially working one of those more flexible jobs. Perhaps a circuitous solution to the problems that plague rural schools, it is one that could be beneficial nonetheless, even when workers relocate only as far as the outer suburbs. Even a moderate shift in work patterns could be a game changer for many rural schools.

Covid has also led some Americans to examine what constitutes 'the good life.' The number of Americans who express an interest in living in the country rose substantially from 38% in 2018 to 49% in 2020. The pandemic may have done rural schools a favor, reminding us of the inherent folly of Starbucks and perhaps other city amenities as well. After all, it is quite possible to make a good cup of coffee in the comfort of our own homes.

What school districts can do to tackle teacher shortages 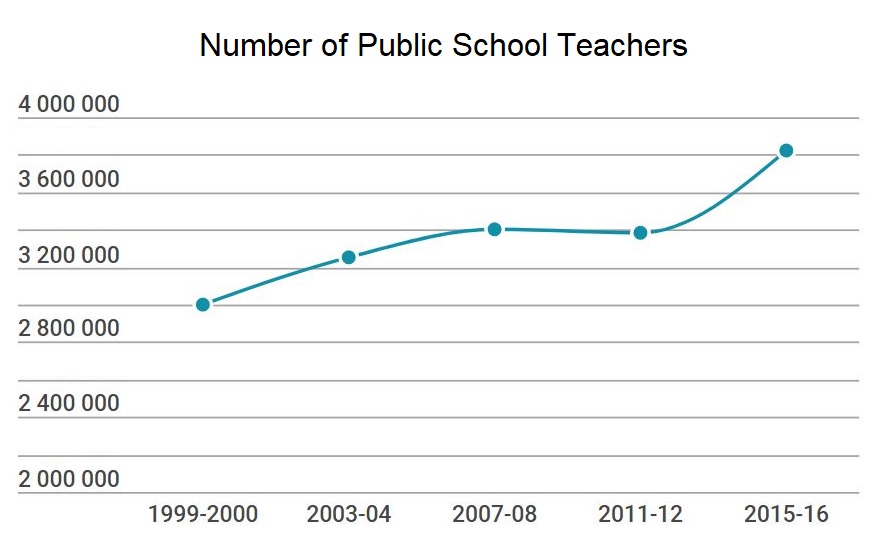 Disproving the prophets of teacher shortages