Every year when school begins, some classrooms still lack a permanent teacher. Even so, of the more than 200,000 potential teachers who graduate from initial certification programs each year, fewer than half are hired in public schools. New data on over 14,000 teacher candidates in Washington state, obtained from their teacher preparation programs and the state's unemployment system, show the extent of the mismatch between teachers' certification and the area in which teachers are needed.

Dan Goldhaber, John Krieg, Roddy Theobald, and Stephanie Liddle of CALDER found that while only about a third (35%) of newly certified graduates actually take a public-school teaching job within one year, an even great percentage (40%) take other types of jobs in education, such as working as a childcare provider, substitute teacher, or private school teacher (green in the graphic below). By the end of five years, approximately 55% of the individuals were in a public school teaching job, a 20 percentage point increase from the first year. 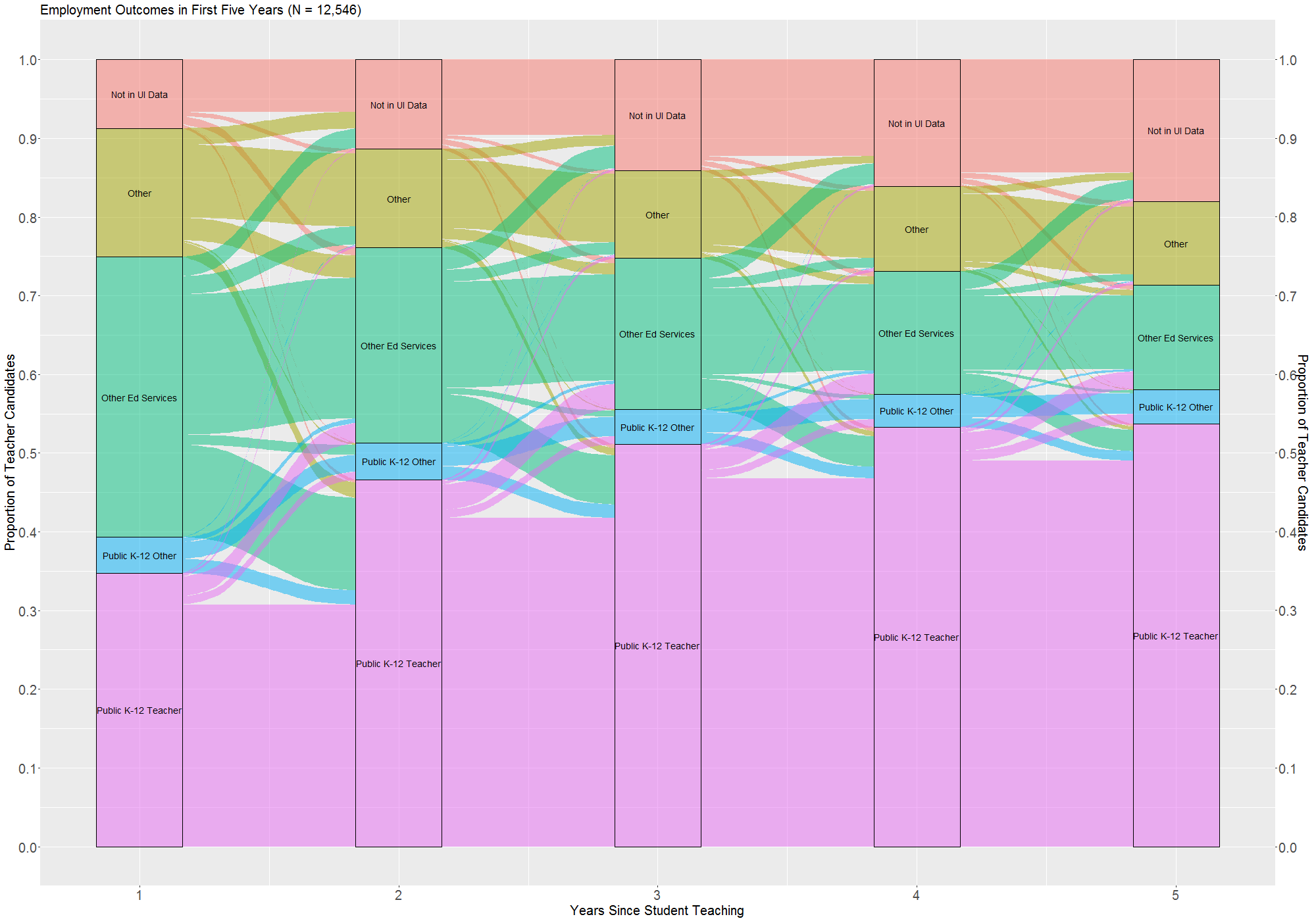 Whether new teachers get public school jobs, and how much of a delay there is, depends a lot on their area of licensure. One year after graduation, about half of STEM teachers had found K-12 teaching jobs. For other types of teachers, the rate was less than 40%. Elementary-certified teachers, historically overproduced by a factor as high as two to one, form the majority of the group of "teachers-in-waiting."

Goldhaber et al. also found that being a public school teacher is generally more lucrative than other options available to people who earned teaching licenses. Graduates of teacher preparation programs who don't immediately find public school teaching jobs see their income rise once they finally are hired by a school district and many of the former teachers in this sample ended up earning less after they left the profession.