A few weeks ago Whitney Tilson, writing in his always entertaining blog, gave a nice nod to an op-ed by Dan Willingham in the New York Times, addressing the sorry state of American teacher preparation.

Amid his effusive praise of the Willingham piece, Whitney writes: "I think morphemes and phonemes matter too but maybe not as much as Willingham does."

This gently stated but dismissive consideration for the importance of good reading instruction troubles me, because I think it captures a viewpoint widely shared by many ed reformers.

I don't think it's because there are many ed reformers that reject the science here—unlike many in teacher prep. Researchers long ago identified the reading methods which would reduce the current deplorable rate of reading failure from 30% to somewhere well south of 10%—if only schools would take that step. Teacher prep programs which fail to teach elementary teacher candidates the integral connection between spoken sounds and written words are essentially committing malpractice.

Instead, I think the issue for some ed reformers is that other reforms are a lot more important. I can't quite figure out why there are still perfectly reasonable, rational people who aren't willing to embrace the 2+2=4 connection between children learning how to read and every other outcome reformers fight for. One gets the sense that we "pro-phonemes" reformers have a bug up our behinds and that we just need to get over it.

I'm not out to pick a fight here, certainly not with an indefatigable ed reformer who consistently both puts his money where his mouth is and fights the good fight. I'd take my complaints offline except I maintain that Whitney is only expressing out loud a view that others share in silence. The fact is that better reading preparation as critical reform is not tops on most peoples' minds or conference agendas or policy fights or funded grants, and its absence speaks volumes.

There is an aversion for taking on the reform fight over curriculum writ large, not just reading, even by people who normally have no problem landing a blow. I'll never forget Michelle Rhee's comment as chancellor: "The last thing we're going to do is get wrapped up in curriculum battles." (Notably, DC schools have a far different take on curriculum now—see below!)

A few weeks ago, New York's mayor, Bill de Blasio, announced a plan to hire and dispatch at great expense a reading coach (their sources unknown) for every one of its 700 schools to tackle that city's skyrocketing rate of reading failure. (At 70%, it's well over twice the national average). His plan raises the obvious question as to why the city is taking a pass on the more high-leverage intervention of just giving actual classroom teachers a strong reading curriculum and some good PD.

The last chancellor, Joel Klein, will tell you that his own inattention to curriculum, including sound reading methods, was his biggest regret from all his years as chancellor. Many of the big charter authorizers like KIPP have also recognized the errors of their way and have adopted much stronger curricular materials.

It's ironic that ed reformers are so united behind the Common Core standards and yet 1) those very standards explicitly endorse scientifically based reading instruction (how about we don't cherry pick?), and 2) the focus on the importance of "reading complex text" appears to be at the expense of early reading instruction. As is the case in any skill, the simple must be mastered before we can master the complex.

Kids are paying a high price for our neglect. It also allows many teacher educators to continue, unchallenged, taking an approach to reading instruction where the most popular assignment in reading courses is to ask students to "journal" about their own memories of learning how to read. And that exercise helps them how?

This isn't complicated. There's really nothing here to debate. Can't we all get on the same page?

A moment for humility and a new path forward on reading

This moment in education requires leaders who will publicly position themselves as the best learners, not the best knowers. 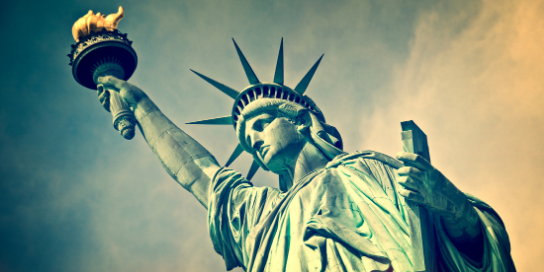 Relearning what it means to be an American

What role should our nation's schools play in fostering an informed electorate?

Science has taken some really hard knocks in 2020. Over the past week, however, science had a couple of well-needed...