We've been watching on the sidelines as power players in Detroit tussle over the city's school system. It's hard to keep up with the play-by-play, which has left Emergency Manager Roy Roberts in charge. Let's hope he has time to think of Detroit's students before this tug-of-war turns into a game of dodge ball. 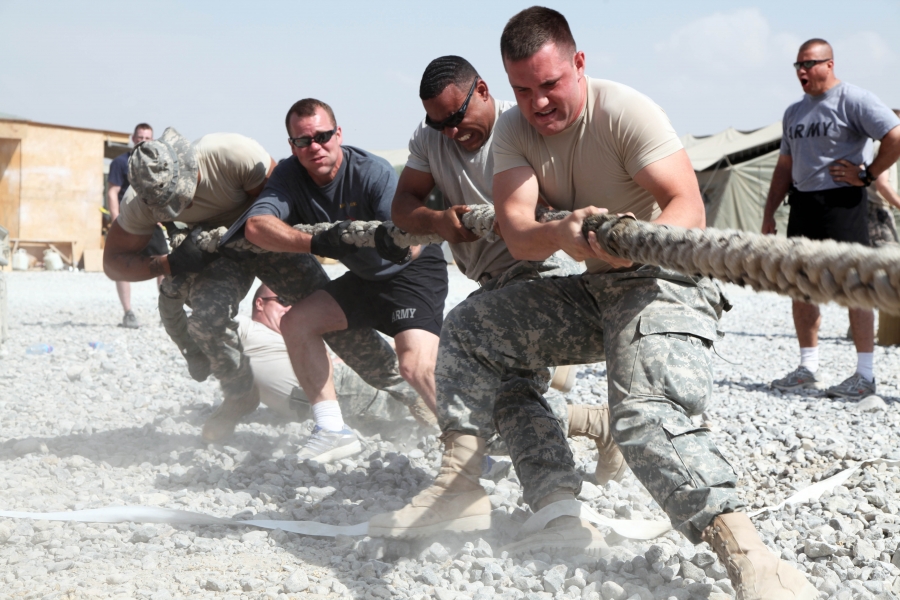 IN THE BEGINNING. May, 2011 - Michigan Governor Rick Snyder appoints Roy Roberts, a retired GM executive, to serve as the Detroit Public Schools Emergency Financial Manager. Keith Johnson, head of the Detroit Federation of Teachers (DFT), responds to Roberts' attempts to give more free rein to struggling schools: "If they want to fly solo on this, they're going to crash-land." (Interview with NPR, Aug. 30, 2011)

IS IT A CONTRACT OR AN EDICT? July, 2012 - Roberts, empowered by the Emergency Manager Act, unilaterally imposes a new contract on the district. Johnson labels the new contract an "edict."

VICTORY FOR JOHNSON AND THE DFT.  November, 2012 - Michigan voters repeal the Emergency Manager Act, leaving Roberts with power only over the budget, not academic decisions.

VICTORY FOR ROBERTS.  December, 2012 - Michigan legislators pass "son of Emergency Manager Law," a new law that is largely similar to the earlier act, but which gives elected governmental bodies the right to remove an Emergency Manager by a two-thirds vote after 18 months.

PLENTY OF WORK FOR THE LAWYERS.  January - February, 2013 - Lawsuits abound as both sides try to eliminate or limit the authority of the other. The Michigan Supreme Court rules that Roberts will keep his job, but in another court, a judge requires that Roberts give more power to the school board. Both sides claim victory.

BETTER THAN NOTHING AND JUST IN THE NICK OF TIME.  March, 2013 - After contentious negotiations, the DFT rolls out a new contract that 78 percent of members vote to ratify.

IT'S NOT OVER UNTIL IT'S OVER.  March 28, 2013 - Roberts' powers are now fully restored and he wastes no time announcing that he will repeal all ratified contracts. In an interview with Detroit WXYZ, School Board President Lamar Lemons, calls Roberts and his staff "fascistic and dictatorial." The Board meets in exile in a church hall and discusses how best they can replace Roberts in 18 months. They are not optimistic but help is on the way -- the Reverend Al Sharpton, founder of the National Action Network, files a lawsuit against the latest emergency manager law, calling it "a local issue but a national struggle."

As both sides promise a fight, it would appear that the only clear winners here are the lawyers.