As a group, teachers tend to defy the old adage "you can't go home again," usually taking jobs within 50 miles of where they went to high school and making that choice at a much higher rate than other professionals. A new study from John Krieg of Western Washington University, and Roddy Theobald and Dan Goldhaber, from the Center for Education Data & Research, may have turned up an even more powerful predictor of where teachers end up working than their home address: where they complete their student teaching.

Looking at where teachers end up working after finishing their preparation at one of six Washington universities, the location of the student teaching placement turned out to be a much stronger predictor of teachers' first jobs than where they grew up or went to high school. This relationship held strong even when the researchers excluded teachers who were lucky enough to land a job where they student taught. Surprisingly, even teachers who completed their student teaching relatively far away from campus and/or home (though still in the state, an important caveat of this study) were more apt to land in the school district where they had student taught.

This newly discovered relationship should grab the attention of school districts having a tough time finding new teachers. By arranging student teaching partnerships with programs which may not even be anywhere nearby, districts might still be able create a stable and steady pipeline of new teachers.
The study also turned up some disquieting evidence of inequities, with more-qualified student teachers (as measured by student teachers' GPAs and first-time scores on a credentialing test) being placed disproportionately in more-advantaged schools—and therefore more likely to land their first job in those advantaged schools.

But let's look at the bright side here. IF teacher prep programs more proactively placed the better student teachers in less advantaged schools, those teachers might be more likely to work in such schools. No new law or reg needed—just recognition by teacher prep of the importance of placing their superstars in the classrooms where they are needed the most. 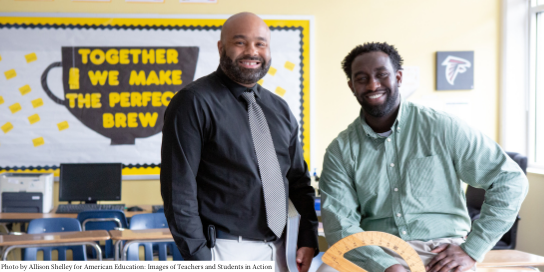