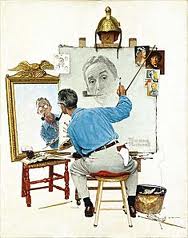 The American Association of Colleges for Teacher Education (AACTE) came out Wednesday with The Changing Teacher Preparation Profession, the latest in a series of reports based on its ongoing surveys of traditional teacher preparation programs. This is something of a self-portrait of the field, and as such reveals as much about how the field wants to be perceived as it does about its actual state.

Take, for example, the sensitive subject of selectivity. Respondents to the survey (roughly 760 institutions of AACTE's 800 members) report that the average GPA of individuals entering teacher prep is a tad lower than a B+. "These data," AACTE writes, "challenge the commonly held belief that selectivity of teacher preparation programs in higher education is quite low."

We think it's great that AACTE is affirming the importance of choosing applicants of high academic caliber. But there's a bit of a disconnect here. If the field is actually committed to selectivity, then shouldn't programs' admissions standards reflect that commitment? The report itself observes that the average GPA required to be admitted into respondent programs is only around 2.7. And at the 1,139 institutions whose programs we're evaluating as part of the Teacher Prep Review, just 24 percent of the undergraduate and graduate programs are ensuring that they are drawing candidates from the top half of the college-going population.

What would make this report much more useful is if the individual survey responses that underlie it were made public. The "consumers" of teacher preparation -- teacher candidates and school districts -- would then be able to comment on their own experiences with individual programs, and the reliability of this portrait of the field could be better ascertained.