With Congress having reauthorized the Elementary and Secondary Education Act earlier this year, there's been a lot of celebration from some camps and hand wringing from others over the future of teacher evaluation. There is a perceptionthat life under "ESSA" will mean that states will no longer embrace the commitments they only recently made to introduce more meaningful teacher evaluation systems.

True, a few states like New York have acted on the perception that they are now free from federal requirements, announcing significant changes (i.e. backpedaling). And it is certainly true that there were formerly some big federal carrots and sticks to persuade states to get serious about teacher evaluations, coming first with Race to the Top and then with the ESEA waivers. Especially through the waivers, the feds 'encouraged' some states to move farther and faster on teacher evaluation than they really wanted or were ready to do.

But it just isn't my sense that, as New York goes, so too will most other states.

The numbers don't make the case of a big shift in commitment. In our most recent scan in late 2015, just five states (California, Iowa, Montana, Nebraska and Vermont) had no formal state policy requiring districts to factor objective measures of student achievement into their teacher evaluations. Another three states–Alabama, New Hampshire and Texas–had adopted more rigorous evaluation policies clearly for one purpose—to obtain a federal waiver. It was not a secret that there were states doing nothing on teacher evaluation; Texas was far from quiet about it.

Yet the vast majority of states—the remaining 42 and DC—kept moving forward on teacher evaluation.

Of course, the change in landscape regarding teacher evaluations had a lot to do with political momentum. But I am of the glass-half-full opinion that this momentum had more to do with state readiness to repair a system everyone acknowledged was broken, and less to do with federal pressure. In our State of the States report from last fall, we mapped the timeline and found about a third of the states adopted new legislation and regulations in the interim between Race to the Top and the waivers when no one was asking or pressuring them to do anything.

To start fixing this broken system, states looked to incorporate better, more meaningful measures in teacher evaluations: objective evidence of student learning was one important feature of improved systems and better observation rubrics focused on effective instruction was another. Both are incredibly important.

What we're learning from early implementers is that, for many reasons, it is difficult to get real differentiation among observation scores. It is still too easy for principals to say every lesson they see is just fine. This makes the need for the objective evidence all the more important.

Regardless of how full or empty you see the glass when it comes to unpacking the motivation behind the flurry of state activity around teacher evaluations in recent years, it is almost impossible to separate the pushback against using tests in teacher evaluation from the larger anti-testing movement. The simultaneous implementation of new college- and career-readiness assessments and new teacher evaluation systems has been a significant challenge, one that has unfortunately amplified the pushback to each issue individually. In New York, for example, the teachers union worked hard—and seemingly succeeded—to conflate the two. But while much work remains on implementation, the policy landscape around teacher evaluation is completely transformed in this country, and that's not going to be easy to undo.

I'm still cautiously optimistic. It is very hard to build trust in new systems until teachers experience it. In states like Tennessee with a few years under their belt teachers report increasing satisfaction with the system and, most importantly, that it is helping improve their practice and increase student achievement.

It is probably wise for people involved in this work to be wary that course correcting could be an early warning of an about face in direction. But as states and districts get deeper into the honest work of implementation, there are reasonable shifts that states may take in order to keep the momentum going, while at the same time building trust and buy-in for evaluations. After all, most everyone agrees that the traditional systems—characterized by a lack of frequency and objective measures including student growth—did no favors for teachers or students. Where state policymakers suggest reverting back to those systems this can only be viewed as a short-sighted reaction that has the potential to compromise the broader vision to build an evaluation system with a lot of promise to deliver positive results.

A version of this editorial first appeared as a back-and-forth between the author and Kate Pennington on Bellwether's blog "Above the Heard."

A new study out of Chicago has garnered a lot of attention for finding that Black teachers were significantly more... 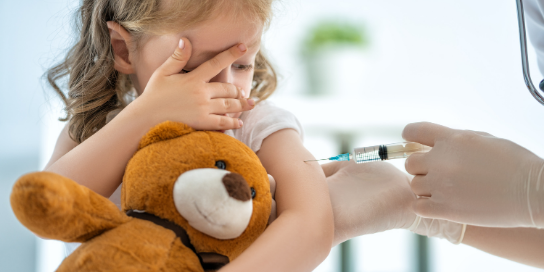