The newest scare about teacher shortages focuses on the question of teacher retention – sparked by a December 28, 2018, Wall Street Journal story that claims teachers are quitting their jobs at record rates.

The 74's Mike Antonucci argues that the headlines are obscuring some important context. First of all, the WSJ cited the figures for anyone working in public education--including a lot of people who aren't teachers. But mostly it reflects a hot economy in which people are able and willing to quit jobs (presumably to take new ones) at a much higher rate than if the economy were languishing. It's still far lower than the national quit rate. 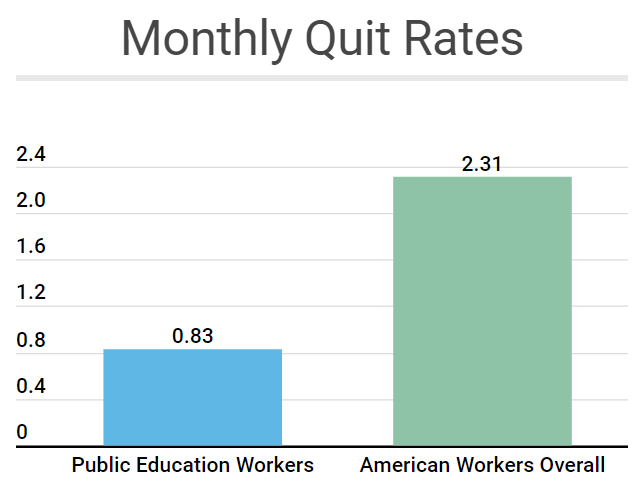 Diversifying the teacher workforce: More than a foot in the door

Many efforts to increase diversity focus on getting more teachers of color to the door of the classroom, with too...

Why, then, do teachers leave?

Teacher turnover has proven to be not only costly for schools, but also detrimental to teacher effectiveness and student learning....