Normally, the Teacher Trendline features a deep dive on district level policies that impact teachers. In light of the upcoming Supreme Court oral arguments on the highly significant Janus vs. AFSCME case, this month we're looking at state laws regarding collective bargaining and the type of fees that teachers unions are currently allowed to collect, depending on the state in which they are organized.

At the center of the Janus case is whether public sector unions are legally allowed to collect "agency fees" from non-union members. Agency fees, also known as "fare-share" fees, are fees paid by non-union members to the union in order to cover the cost of collective bargaining on their behalf. Because union members and non-members alike stand to benefit from a contract the union negotiates, the theory goes, non-members should have to contribute something to the costs of collective bargaining. Janus challenges this logic, arguing that these fees violate non-members' First Amendment rights by requiring the monetary support (which counts as speech) of certain political stances taken by the union on teachers' behalf during collective bargaining, regardless of whether the teacher agrees with the stance.

Since agency fees for teachers are almost exclusively found in states where districts are required to collectively bargain with teachers, it's important to understand the implication of a decision ruled in favor of the plaintiffs, as many are expecting. Such a decision will have considerable impact in some states and little to none in others. Here we look at why the impact is different from states to state.

Where teachers can collectively bargain

Collective bargaining is the process through which teachers, generally represented by a union, bargain with their employers over various working conditions. However, not all states allow collective bargaining, meaning there are some states in which teachers unions or associations are not able to compel fees from either members or non-members. While in most cases states have clear legal statutes regarding collective bargaining rights of public-sector workers, the legal framework is not always clearly defined from state to state. That's why we have to look not only to existing state laws, but also to case law and attorney general opinions for insight. You can access our data, with citations, here (an excel document) or explore further with our interactive map.

Here is the current breakdown of where states stand on collective bargaining, also illustrated in Figure 1:

Two states deserve a bit more explanation. While we classify Tennessee as a state that "permits" collective bargaining, teachers and districts in that state do not technically engage in collective bargaining. Instead, the state requires its districts to participate in a process called "collaborative conferencing" with "representative organizations," (presumably teachers' unions or associations). There is no obligation on the part of a district to come to an agreement. However, if a district signs a memorandum of understanding, it is then legally binding.

We classify Arizona as a state where collective bargaining is not permitted. However, districts and teachers' representatives may meet and confer with each other and even enter into agreements, but, unlike in Tennessee, those agreements are not legally binding. The district always maintains ultimate decision making authority.

What can be bargained?

All states establish the areas where their districts must collectively bargain, as well as areas that cannot be bargained. The most common mandatory topics of bargaining are the wages teachers are paid (34 states), conditions of employment[1] (30 states), and the hours teachers must work (29 states). Surprisingly, fewer than five states require bargaining around some areas many might consider to be important issues for teachers, such as the evaluation process, class size, and the length of the school year, policies frequently driven by state law.

Given that many of the states with the highest populations of teachers are among these 23 (e.g. California, New York, and Illinois), a change in the legality of agency fees is going to impact union finances from locals all the way to the national union headquarters. While we fully expect unions to continue representing teachers at the bargaining table, a ruling against agency fees is likely to mean reduced political power for unions.

[2] The one exception is Missouri, where collective bargaining is permitted but not required. In 2017, Missouri passed a new law prohibiting agency fees, but enough signatures were collected that the law has been suspended until a 2018 election when voters will decide to keep or repeal the law. 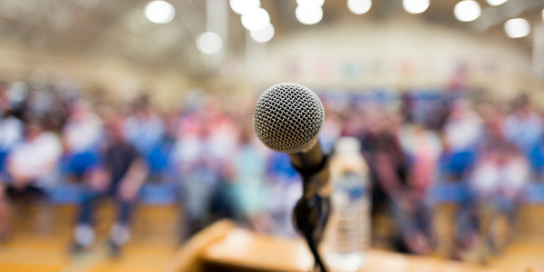 A bottom-up approach to school openings

Never much a defender of local control in education, I now think we have nothing to lose by shifting some...

The coronavirus pandemic has plunged the world into a recession. Unsurprisingly, our country's public school system, along with the rest... 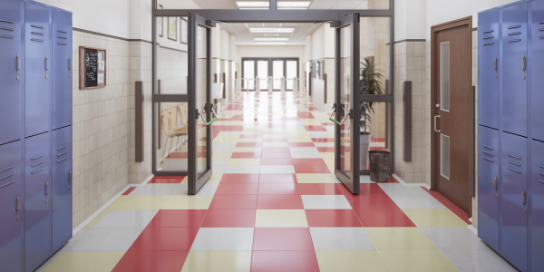 When the COVID-19 crisis hit, we asked what, if anything, districts had spelled out in their existing policies relevant to...