Of the many policies education leaders have available to them to attract and retain teachers, pay is among the most powerful. Some states and districts have responded to recent teacher staffing challenges by increasing salaries across the board—a much-needed measure for all teachers.

However, salary increases for all teachers will not necessarily solve teacher shortages concentrated in certain subjects and schools. As more (and more nuanced) data comes out about teacher shortages, it has become increasingly clear that there is large variation in the extent of teacher vacancies by state, school, and subject.534 If states and school districts want to use compensation as a means of solving staffing challenges, then they need to start thinking and acting more strategically about teacher pay.

How are districts using strategic pay to attract teachers to hard-to-staff subjects?

Recent surveys by the U.S. Department of Education also show that schools with higher levels of students living in poverty are more likely to have teacher vacancies.538 The disparities in teacher shortages cannot be solved by a one-size-fits-all intervention.

Contracts and school board documents in 73% of the districts in our sample indicate some form of extra pay for teachers in hard-to-staff subjects,539 with the maximum pay available averaging $3,900 per year in those districts that offer it.

The level of specificity of those provisions varies widely. Some districts make it clear to prospective teachers of hard-to-staff subjects what type of pay they can expect, while others are more vague, which reduces the power of this extra pay as a recruitment tool. The Hawaii Department of Education specifies, for example, that special education teachers earn $10,000 extra annual pay, and teachers of Hawaiian language immersion earn $8,000 of additional pay each year. In contrast, New Haven Public Schools' (CT) contract indicates that "(i)n the event that the Board determines there is a shortage in a particular specialty, it may offer financial hiring incentives it deems appropriate to effectuate a hire (...) on a case-by-case basis and (...) shall not constitute a practice or precedent." (Emphasis ours.)

Next, we compare the difference in additional pay for special education teachers with the extra pay that teachers with master's degrees receive.

How are districts using strategic pay to attract teachers to hard-to-staff schools?

It is important to note that teachers of color are more likely to work in hard-to-staff schools, which means that this type of strategic pay can be an effective tool to not only retain teachers working in these schools, but specifically to encourage teachers of color to remain in a district's workforce.

The contract in Denver Public Schools (CO), for example, specifies that "(a)ll Educators who work in a Title I school will receive $2,000/year in a non-base building incentive. (...) Educators who are retained in a Highest Priority School will receive a $3,000 retention bonus, paid as a lump sum in the fall for returning bargaining unit members." In contrast, Board Policy 4111 of Elk Grove Unified School Districts (CA) indicates that "(t)he Superintendent or designee may provide incentives to recruit credentialed teachers to teach in any district school ranked in the bottom half of the state Academic Performance Index. Such incentives may include, but are not limited to, signing bonuses, improved work conditions, teacher compensation or housing subsidies." (Emphasis ours.) No further evidence of such incentives was found in the district's documentation.

A breakdown of districts' use of differentiated pay for teachers in hard-to-staff schools by district poverty quintiles546 (using NCES SIDE indicator) shows that it is not necessarily the districts with a higher prevalence of students living in poverty that use differential pay the most. As the graph below (Figure 5) shows, 62% of districts in our sample in the second lowest quintile (meaning more affluent districts) use differentiated pay, compared to 57% of the highest poverty districts. In districts with very high levels of poverty, such as Detroit Public Schools Community District (MI), it might make little sense to differentiate, as most schools would qualify as "high-need" as traditionally defined, yet other districts in the top poverty quintiles (such as Rochester City School District in New York) do differentiate salaries, since there are always relative degrees of need.

Of note, districts in the lowest poverty quintile make little use of monetary incentives to attract and retain teachers to hard-to-staff schools. This is not necessarily due to the absence of need. There are 57 school districts in our 148-district sample that are categorized in the lowest poverty quintile, 32 of which have a number of schools with average income below two times the poverty line. Twenty of those districts make no use of differentiated pay to attract teachers to hard-to-staff schools.

Differentiated pay is still an underutilized hiring and retention strategy by school districts, even though research shows that it is a strategy that serves to attract and retain teachers into the schools and subject areas that often face the most difficult staffing challenges.

A district's compensation strategy is one of its main levers to attract teachers and to build a diverse teacher workforce, so districts ought to evaluate that strategy regularly against the district's goals and needs. Even though teacher pay is usually set at least a year in advance, and often for multiple years at a time, it can be a dynamic instrument that adapts to the needs of the district when used and revised strategically.

The way teacher pay is structured speaks volumes about the district's and teacher association's priorities. In most districts, compensation structures signal that they value master's degrees more than they value filling special education vacancies. District leaders need to be asking themselves: "What is my compensation strategy saying?" coupled with "Is that the best way to serve students, especially those that need it the most?"

To read more about how districts are using ESSER funds for one time financial incentives and strategic teacher pay, see this NCTQ review of COVID-related incentives for teachers during the 2021-22 school year as well this December 2021 brief from our colleagues at the Edunomics Lab: How COVID-19 Ushered In A Wave of Promising Teacher Pay Reforms. 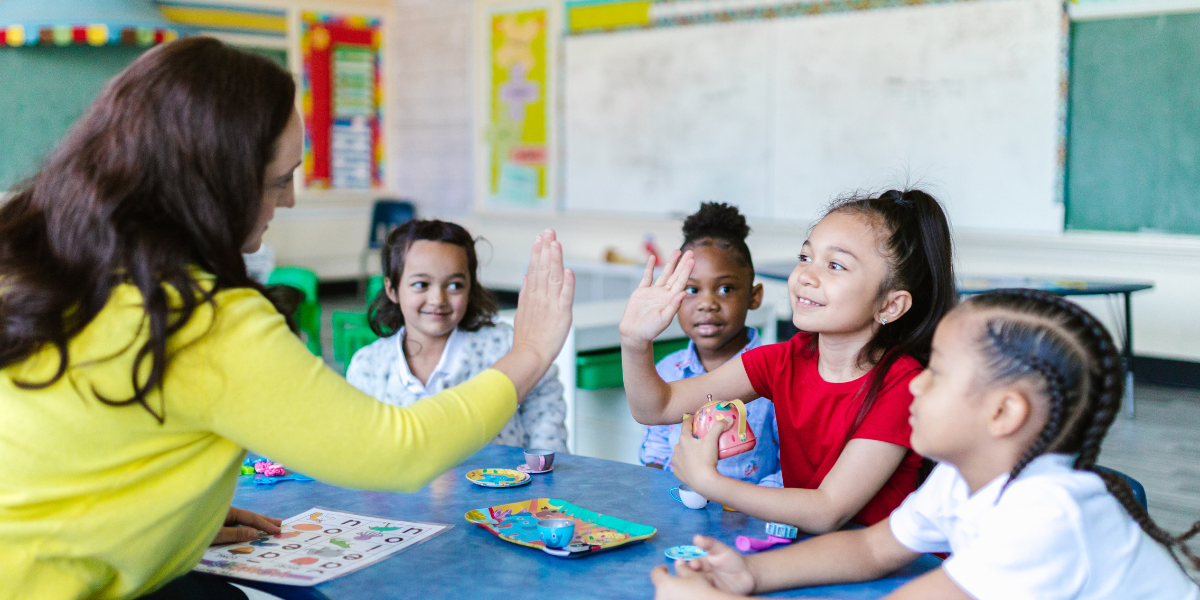 Making Secretary Cardona’s vision for the teaching profession a reality