As the school year comes to a close and teacher hiring efforts ramp up, districts are focused on building a strong teacher workforce. According to new research, one concrete step districts can take is to move up their hiring timelines. A recent working paper from the Annenberg Institute at Brown University by Jessalynn James, Matthew Kraft, and John Papay finds that posting job openings early produces a larger applicant pool and more qualified candidates.

The teacher hiring window is typically between March and October. Concentrating on Boston Public Schools' K-12 teachers hired from 2014 to 2019, the authors found that job openings that were posted earlier (prior to June 1st) tended to secure teachers who are more effective, reporting student achievement gains between 5% and 10% of a standard deviation higher than those hired from jobs posted 16 weeks later. These early hires were also more qualified, generally earned higher classroom observation scores, and were more likely both to be certified in their posted field and to have prior teaching experience. And early hires tended to have higher retention rates, staying past the end of the school year at a rate 13 percentage points higher than those hired later.

In Boston, teachers enter the market early (usually by mid-April), so job postings saw the largest applicant pool around May. Boston offers another helpful lesson for other districts: James, Kraft, and Papay's research found that while approximately one in six teaching positions in Boston were not posted until July or later, most applicants (64%) had stopped applying by that point. 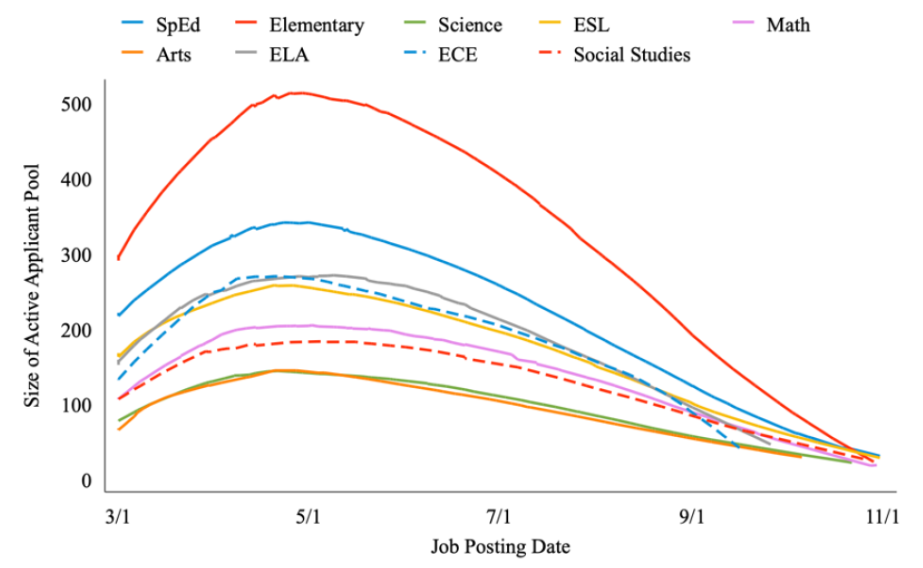 One twist, though, was that the authors found no relationship between having a larger applicant pool and the district making higher-quality hires. Schools with larger applicant pools were more likely to hire candidates with the needed certifications, but no more likely to select candidates who produced higher student achievement scores or who stayed longer in the classroom. This suggests that schools struggle to identify and select the best candidates regardless of their applicant supply, so school leaders continue to need help improving their screening processes. Perhaps this is because looking beyond paper credentials is difficult when trying to effectively winnow down a large pool to find the best candidate. 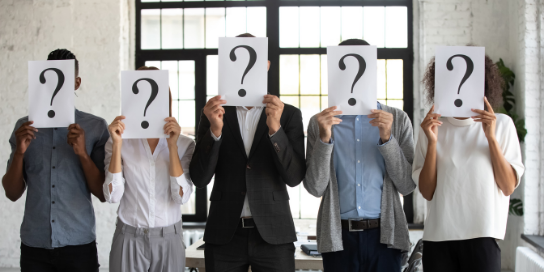 The early bird gets the better teacher candidate pool