If a picture is worth a thousand words, I'm thinking that these two images should have long ago put an immediate end to any debate over what teachers need to know before being entrusted with teaching children to read. 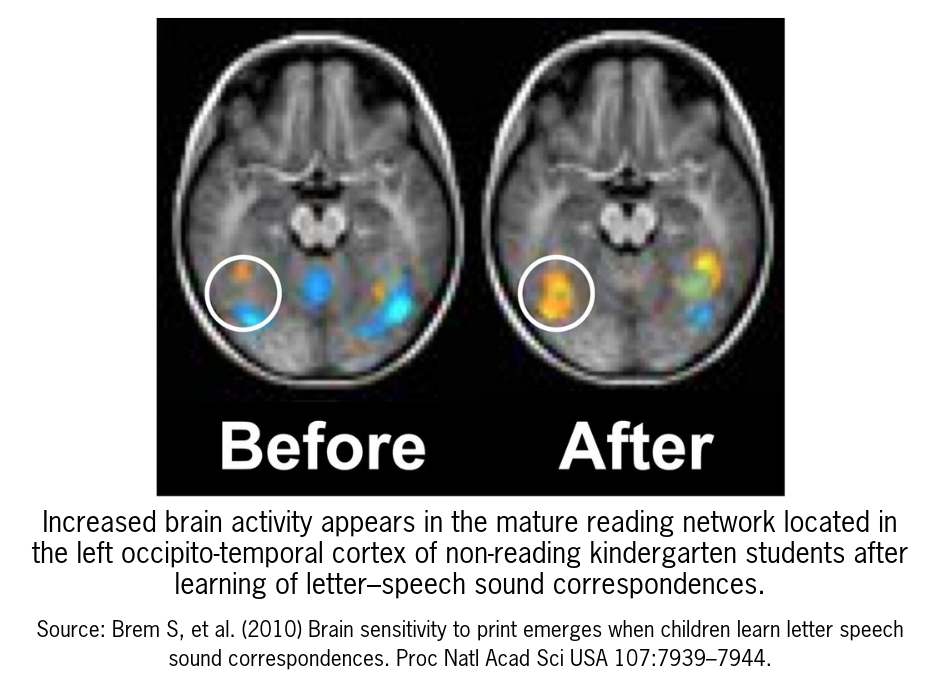 The image on the left is a functional MRI of a non-reading kindergarten student who has not been exposed to letter-speech sound correspondences, clearly unable to activate those language centers on the left side of the brain. Without the ability to sound out words, the brain is basically stumped.

The image on the right is of a non-reading kindergarten student after exposure to letter-speech sound correspondences (the lit up areas represent blood flow). This image (and other similar images tackling other reading skills) provide demonstrable proof of which part of the brain needs to be activated in order for kids to sound out words or derive meaning from what they are reading.

The good news that doesn't seem to be penetrating our collective mindset is that after being exposed to effective reading instruction, the language parts of the brains of struggling readers can almost always be activated.

Why then are there still so many science deniers? We're a couple decades out from when scientists produced this incontrovertible evidence, but science deniers are treated as having a legitimate, defensible point of view. Unfortunately, many teacher educators who teach reading courses to future teachers are leading this resistance, even though there isn't much evidence that they are even aware of the scientific evidence (or how to apply it).

This month, powerful deniers in California—with teacher educators very much at the center of this group—almost succeeded in getting California's teacher reading knowledge test (known as the RICA) thrown out. If the test had not been firmly lodged in statute, they might have succeeded, since neither the California Teaching Commission nor the California State Board of Education appeared all that bothered at the prospect. The deniers have so much sway that they could gain the support of state's powerful teachers union to put a bill to end the RICA before the legislature. Given its support, the legislature's decision—after being bombarded by some 8,000 letters from scientists, advocates and parents—to not to move the bill forward was nothing short of stunning.

The public motivation behind the RICA move was California's teacher shortage and the disproportionately low performance by minority teacher candidates on the test—neither of which is supported by the evidence on hand. What the evidence does show, however, is that since the RICA was installed in 1998, California's reading scores have at least climbed out of the basement, from over half (52 percent) of California's 4th graders in 1998 unable to read to 39 percent in 2017.

It is particularly frustrating that the interest of adults continues to be the priority, overriding what's in the best interests of kids, particularly students of color and students from low-income families. Two-thirds of the kids who struggle to read don't have any physiological problem such as dyslexia. They just have had insufficient exposure to language and reading instruction—a gap any well trained teacher could ameliorate.

Make no mistake about it. The failure to provide the knowledge teachers need to teach reading is at its core an equity issue and, I would strongly assert, far more egregious and damaging to their future students than any other manifestation of educational inequity. The next time science deniers attempt to take out the RICA or other's states' reading tests, the next time teacher educators refuse to teach what is scientifically based, they either need to provide comparably strong evidence to the contrary (which there is none) or be shown the door.

CORRECTION: In the initial version of this article, NCTQ unintentionally used images of a brain with dyslexia. Though the images were taken from an article on dyslexia, we understood these two images to have been of non-dyslexic brains. We apologize for any confusion or misrepresentation. The images have been replaced with those of non-dyslexic brains as the original claims in the article are widely supported by brain research. 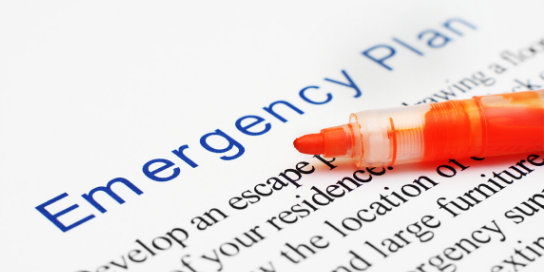 Student teaching and initial licensure in the times of coronavirus

States must now consider how these coronavirus-related closures are impacting student teaching and other licensure requirements.

Reading is the gateway to educational achievement and lifelong success, especially for students who face seemingly insurmountable social and economic...