According to the National Center for Education Statistics, roughly eight percent of teachers move schools each year. Of the teachers that are movers, almost one third are forced to change schools through an involuntary transfer. In this edition of the Trendline, we take a look at the policies that govern voluntary and involuntary transfers, plus we take a deeper look at districts that use mutual consent policies to assign transferring teachers to new schools.

For a variety of reasons, teachers are sometimes involuntarily transferred from one school to another. The primary reason for this is excessing. Excessing occurs when positions are eliminated because of a change in student enrollment, budget cuts, or programmatic changes. Some districts simply call transfers due to these circumstances involuntary transfers, but many separate excessing from other reasons for involuntarily transfers, such as maintaining a specific racial or gender balance in a building or when a transfer is deemed to be in the best interest of the district, school, or teacher. Seniority is not a primary consideration in nearly one fifth of the districts in the database; 14 percent do not use seniority in their decisions and five percent only use seniority as a tiebreaker if all other factors are equal. In these 22 districts that do not rely on seniority to determine which teachers get involuntarily transfers, eight explicitly use performance as a factor.

Once teachers have been identified for excessing or involuntary transfer, districts are normally contractually obligated to find them a new position. In some districts, seniority continues to dictate how teachers are assigned: 15 districts assign teachers to new schools in order of seniority and based on their preferences. In the five districts where multiple factors are considered, four use seniority as one of those factors. In Elgin (IL), teachers are assigned based on evaluation rankings and seniority is only used as a tiebreaker when the performance of two teachers is equal.

Principals or school site committees play a role in teacher re-assignment in 21 districts, either through selecting a candidate from a pre-approved pool (Chicago, Indianapolis, Aldine (TX), and Cypress-Fairbanks) or through providing input into a centralized decision making process (17 districts). In 23 districts, the central office ultimately makes placement decisions but how those decisions are made is unclear.

While less than 10 percent of districts in the database that do not use mutual consent specify what happens to excessed teachers if a position cannot be found for them, common practices include giving teachers a temporary assignment (such as substitute teaching) or simply placing teachers in a priority hiring pool until a position is found. For example, New York places teachers in the "Absent Teacher Reserve" where they continue to be paid as they wait to be placed. Continuing to pay teachers that do not have permanent positions can be costly for districts; to avoid this, some districts lay off teachers for whom they cannot find a position after a given amount of time.

In 16 districts, finding a teacher a new assignment is done through the process of mutual consent. In these districts, teachers interview with principals for a new position and both parties must mutually agree on the placement. This is an increase from 12 districts that used mutual consent in 2015.

In districts where there is mutual consent, teachers may fail to find a match. When this happens, five districts place teachers in any available positions (San Francisco,  Minneapolis, Douglas County (CO), Palm Beach County (FL) and Polk County (FL)), seven districts give unassigned teachers a temporary position until they can find a permanent position through mutual consent (Denver, Providence, Boston, Los Angeles, Newark, Seattle, and Jefferson County (CO)), and one district (the District of Columbia) gives teachers the option of a temporary assignment, a buyout, or taking early retirement.

In Denver and Jefferson County (CO), teachers are placed on unpaid leave indefinitely if, after one year in a temporary position, they fail to secure a position through mutual consent.[1] In Providence, temporary assignments can last for up to one year at which point, if the teacher and principal have not mutually agreed that the teacher should stay, the teacher must once again go through the mutual consent process.

The majority of teachers that switch schools each year are voluntary transfers. Teachers may request a transfer to a new school for a variety of personal or professional reasons. Requesting a transfer generally comes with low risk as teachers keep their old position until they have been assigned a new one.

Many districts give formal hiring priority to teachers within the district seeking a voluntary transfer over new applicants. Just over half of the districts in the Teacher Contract Database do not specify who has priority in their transfer policies; but of those that do, the majority give priority in the hiring process to transferring teachers over new hires. There are nine districts that do not give internal transfers priority over new hires. In Anne Arundel County (MD), Guilford County (NC), Dayton, and Davis (UT), principals must consider a set number of internal applicants but can also consider outside applicants. In Newark, teachers seeking a voluntary transfer have the first opportunity to apply to vacancies, but principals are not required to hire them. In St. Paul, Nashville, Burlington, and Prince William County (VA), principals are not required to interview or hire teachers seeking a voluntary transfer.

West Ada (ID) has a unique policy. Internal transfers are given priority over new hires unless there are fewer than three applicants for the same position. If this happens, then all applicants (including new hires) are given equal consideration. In California, state law prohibits districts giving preference to transfers over new, qualified applicants after April 15, but only the contract in Los Angeles reflects this.

In the majority of districts, principals or school site committees are allowed to select which voluntary transfer applicants to hire, but there are nine districts where the decision making power is at the district, rather than the school, level.

To dig into all the details around teacher transfers, download our data on over 130 school districts.

[1] This policy, allowed under a Colorado state law from 2010, is currently being challenged in court. 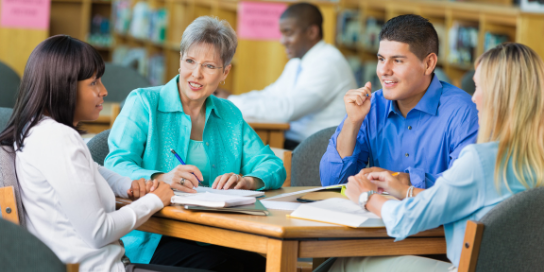